The donation was made to the Ghanaian boxer when he paid a courtesy call on President Nana Addo Dankwa Akufo-Addo at Jubilee House on Monday, 11th March, 2019, to present to him the world title he won. 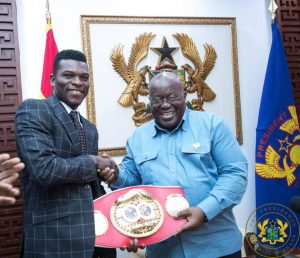 “They [the Sports Ministry] are going to buy you a car, they are in the process of arranging it from the Ministry. They will get you a nice Toyota car. The office of the President is also adding Gh50,000 to it. It is a small token of our esteem and admiration for the honour you have brought our nation. Keep it up,” President Akufo-Addo said.

“I’m happy that you’ve had the honour of visiting us here; coming to show off the belt and giving us all the opportunity to bask in your glory. Yes, because they will say it was when I was president that we had at least two more champions in succession and God willing there will be more” the President added 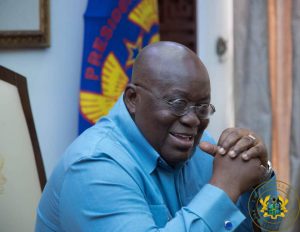 The International Boxing Federation Lightweight World tittle is the first world title for Richard Commey after 28 fights, Commey knocked down Russian Isa Chaniev three times before stopping him in the second round.